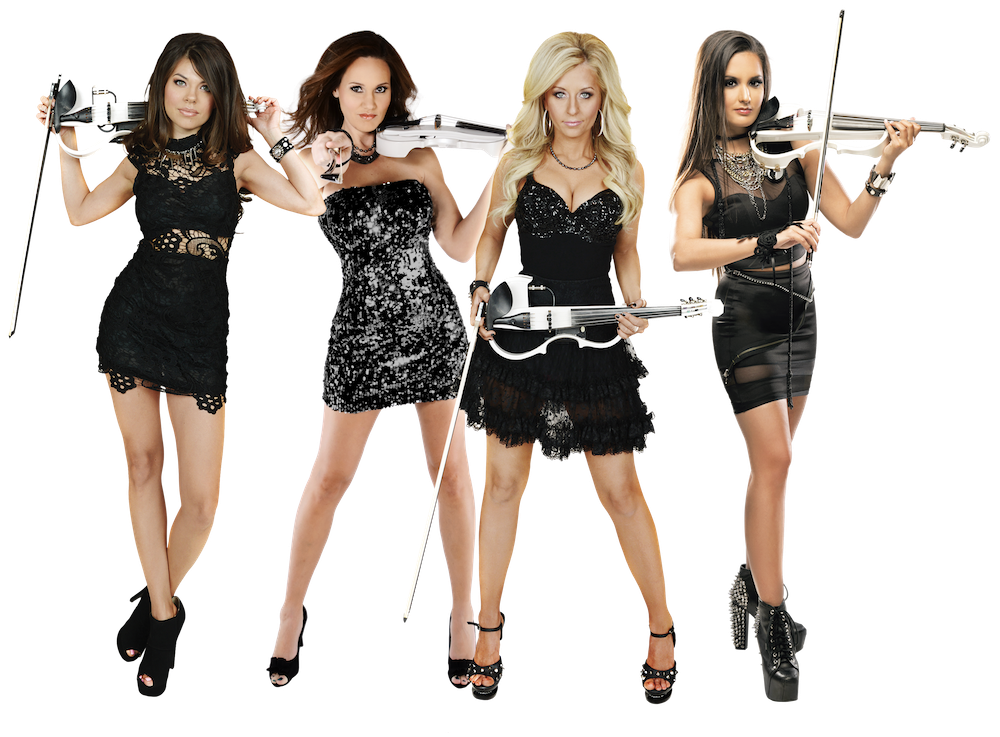 The Who and more!

FEMMES OF ROCK, led by rock violinist and arranger, Nina DiGregorio, has rocked audiences worldwide with their blistering solos, unique arrangements—not to mention their beauty and charm.

The girls have performed with some of the biggest names in

AMERICA’S GOT TALENT SEASON 1 ….and many , many more. Recently, the girls were the featured strings (20 performers!) for a DirecTV special starring Richard Marx, Kenny Loggins and

The FEMMES OF ROCK show is a high-energy rock production fronted by four female violinists/vocalists. Virtuosic arrangements, original material, a live rock backing band, video, lights, choreography, comedy, and more can be expected in this energetic show that leaves audiences awed. The only one of its kind, there are no other similar string acts operating at this level of production. Be prepared for something that you have not yet seen the likes of.

The girls keep a busy touring schedule and are one of the most sought-after “hard rock” violin acts in the world.

Featuring the music of