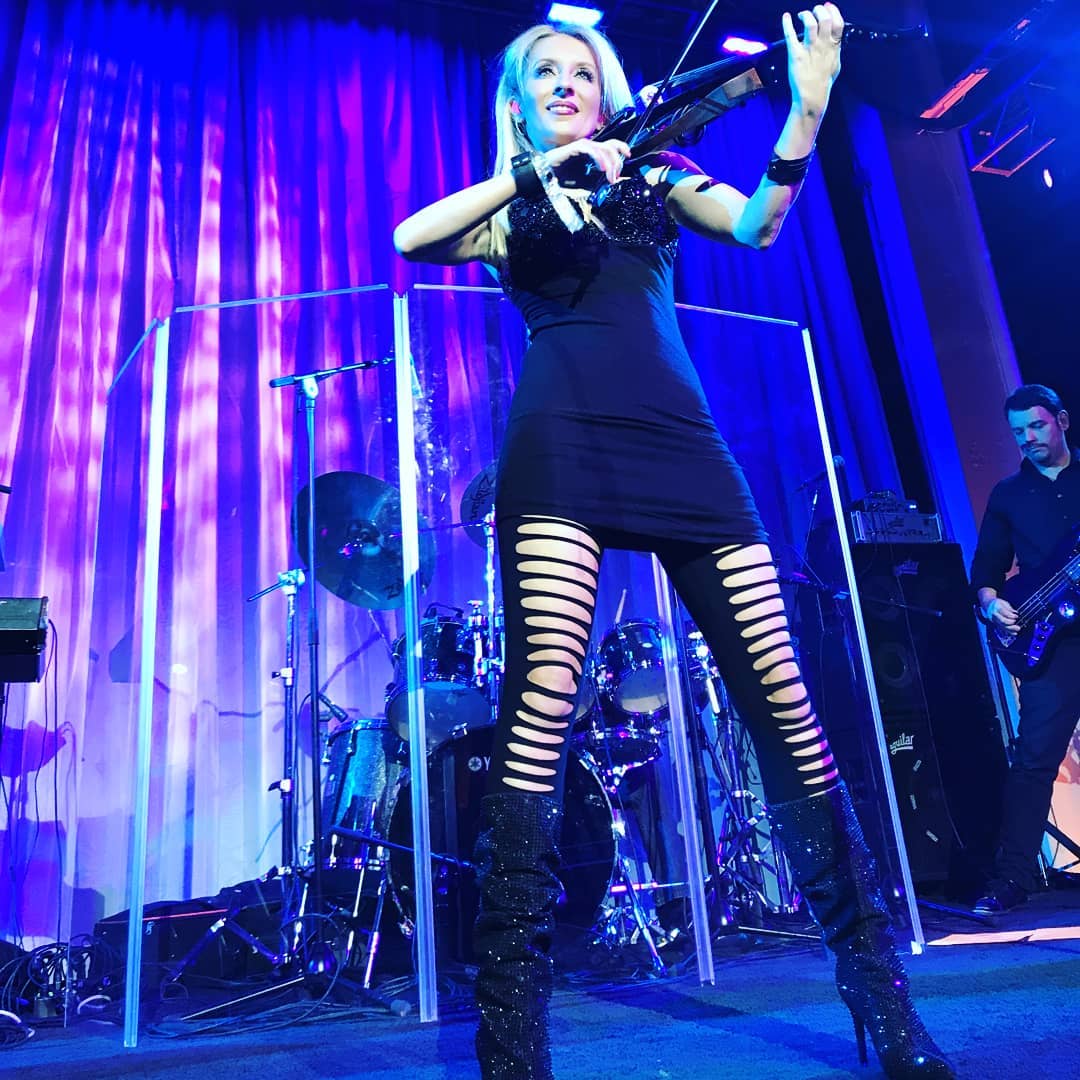 COSMICK VIEW: Hello Nina! Welcome to The Cosmick View. Thank you for taking some time out of your day to chat with me, it is greatly appreciated. CV: Tribute acts have become the rage of the day. However, having seen Femmes of Rock, it is far more than just a tribute act in my opinion.… Read more » 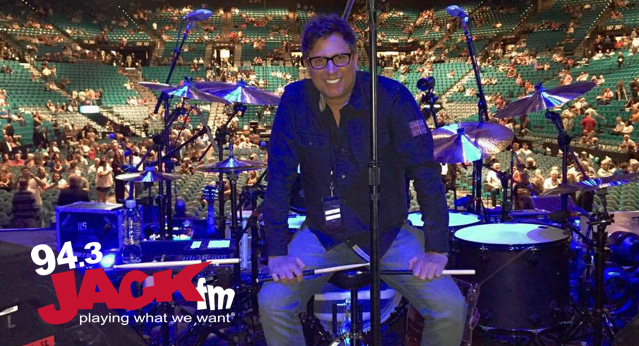 Femmes of Rock are in town on Oct 27th with Bad Company and Cheap Trick… Resch Center! Do you have your tickets yet? Woody had a phone interview with the band’s drummer, Michael Licata to chat about music. Click the link below to listen to the full interview! 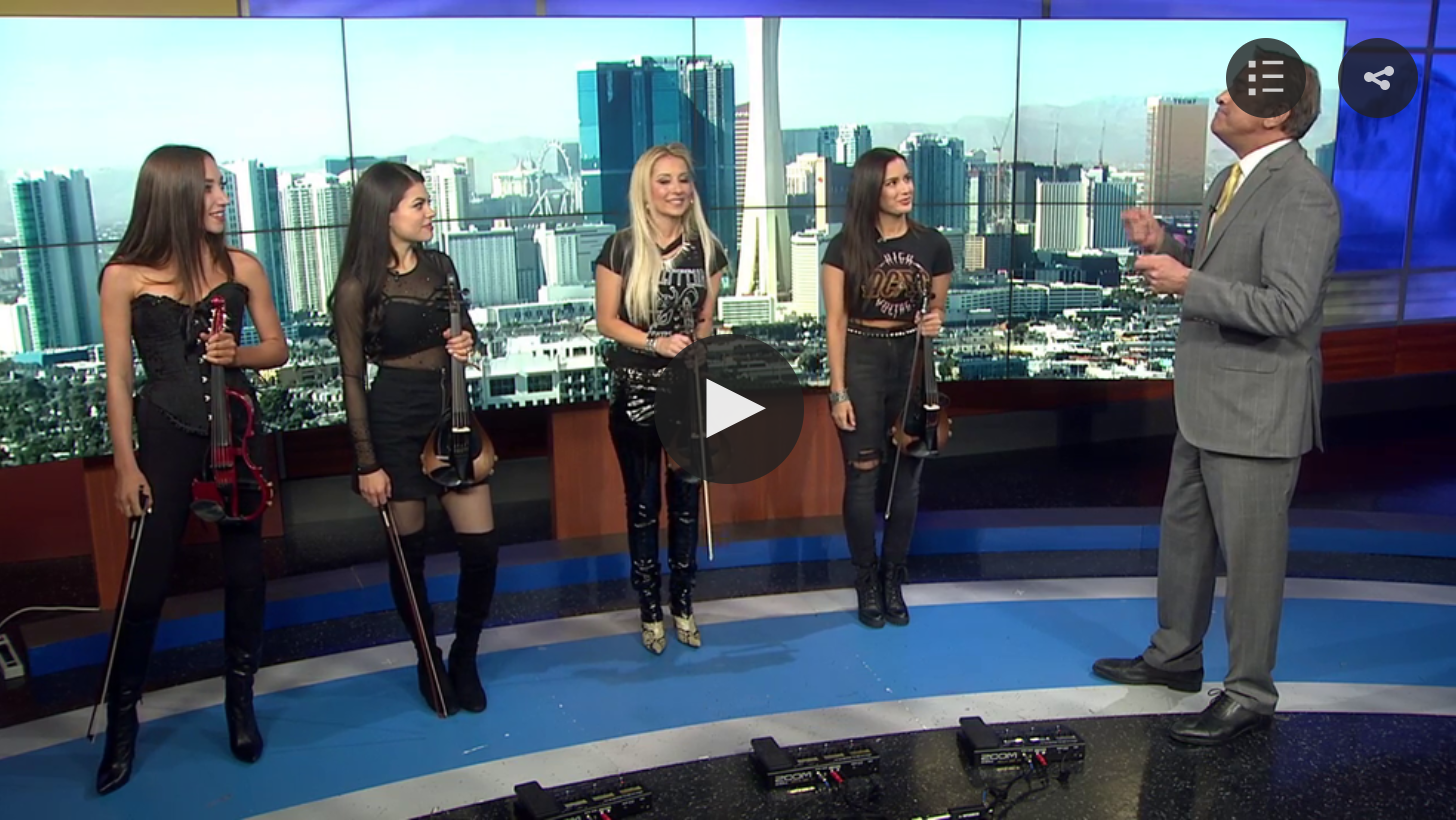 The group performs rock hits from bands like Led Zeppelin and Metallica on electric violin and combine it with an amazing laser light show. The band members joined us in studio Monday to talk about their performances and to provide a little demonstration of Led Zeppelin’s “Kashmir.” INFO Femmes of Rock Saturday, Sept. 15, at… Read more »

Vegas-Based Bella Electric Strings to Perform Epic Classic Rock at The Smith Center Las Vegas resident Nina DiGregorio will never forget what she thought at 13, when she watched a Woodstock documentary and saw Jimi Hendrix jamming the national anthem on electric guitar. “It put a spark in my head, ‘I’ve got to play my… Read more » 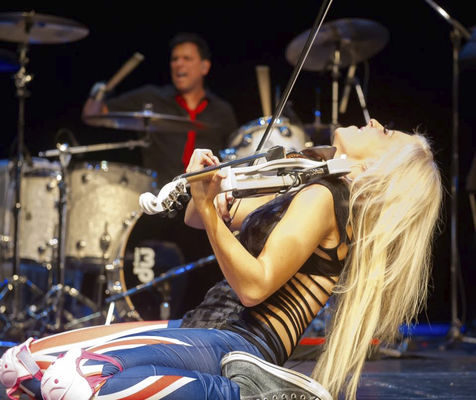 Nina DiGregorio-led quartet performs Friday at Four Winds NEW BUFFALO — Nina DiGregorio is quick to tell anyone planning to attend her show, “Femmes of Rock” starring Bella Electric Strings, to leave any preconceived expectations at the door. “The show won’t be what anyone thinks it is,” she says. “It’s all of your favorite classic… Read more » 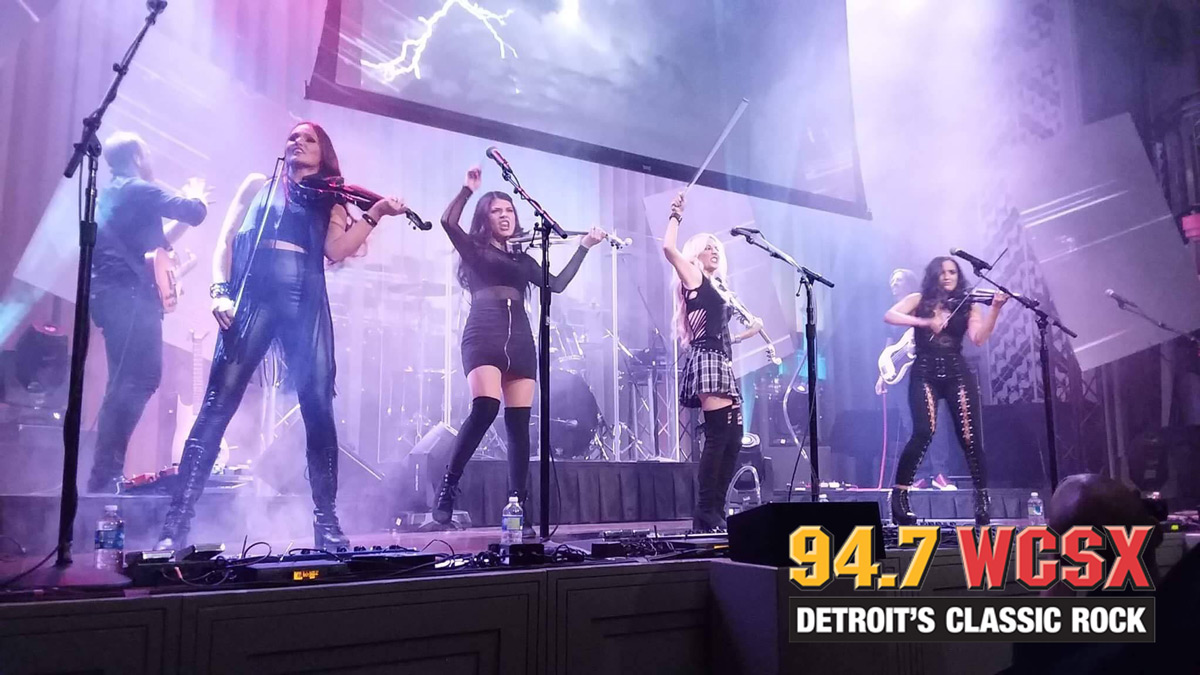 Nina Digregorio from the Femmes of Rock joined Big Jim and Erin in the Housecast today to talk about the Femmes of Rock upcoming show this Sunday at the Emerald Theater in Mt. Clemens…The show is a benefit for turning point and tickets are still available..Check out the WCSX concert page for more information… Click… Read more » 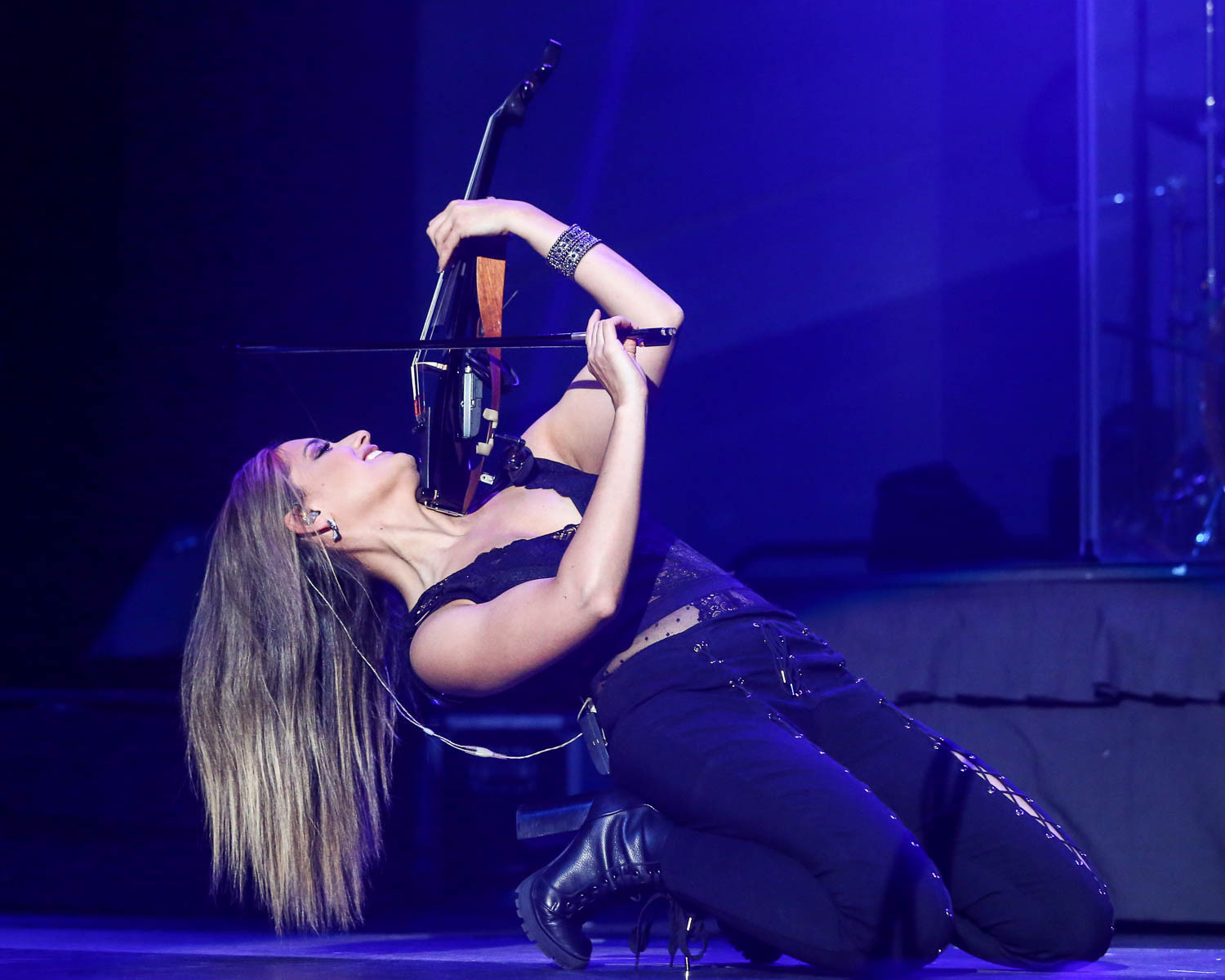 The Femmes of Rock are a group of extremely skilled musicians who perform some of the biggest hits in classic rock, all on electric violins. It seems to be a steadily growing trend in the music world to reimagine hit songs in this classical-type fashion. Apocalyptica is currently touring and playing Metallica’s hits on cellos,… Read more » 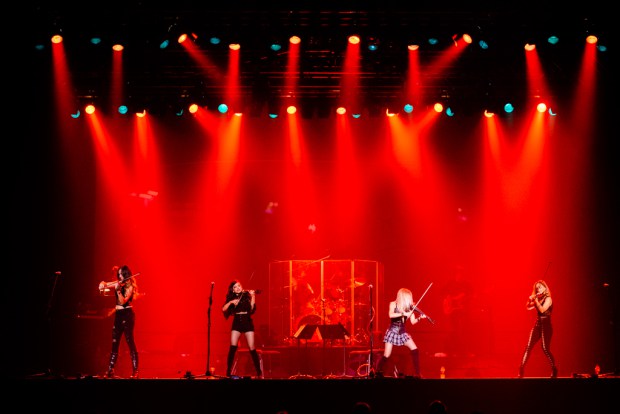 The past few years have seen interesting trend in music. With the success of bands like Apocalyptica, Escala, and to some extent, Trans-Siberian Orchestra, hearing rock music performed on electronic violins seems to be the next big thing. Only having been founded in 2017, it’s easy to assume that Femmes of Rock have been performing as an… Read more »

Nina DiGregorio, a Yamaha string artist, is a classically trained violinist, bass player, writer/arranger, vocalist, and pianist, but is most well known for being a pioneer of the electric rock violin, as well as a music business mogul and entrepreneur. She has performed as a soloist and string arranger with the some of the biggest… Read more » 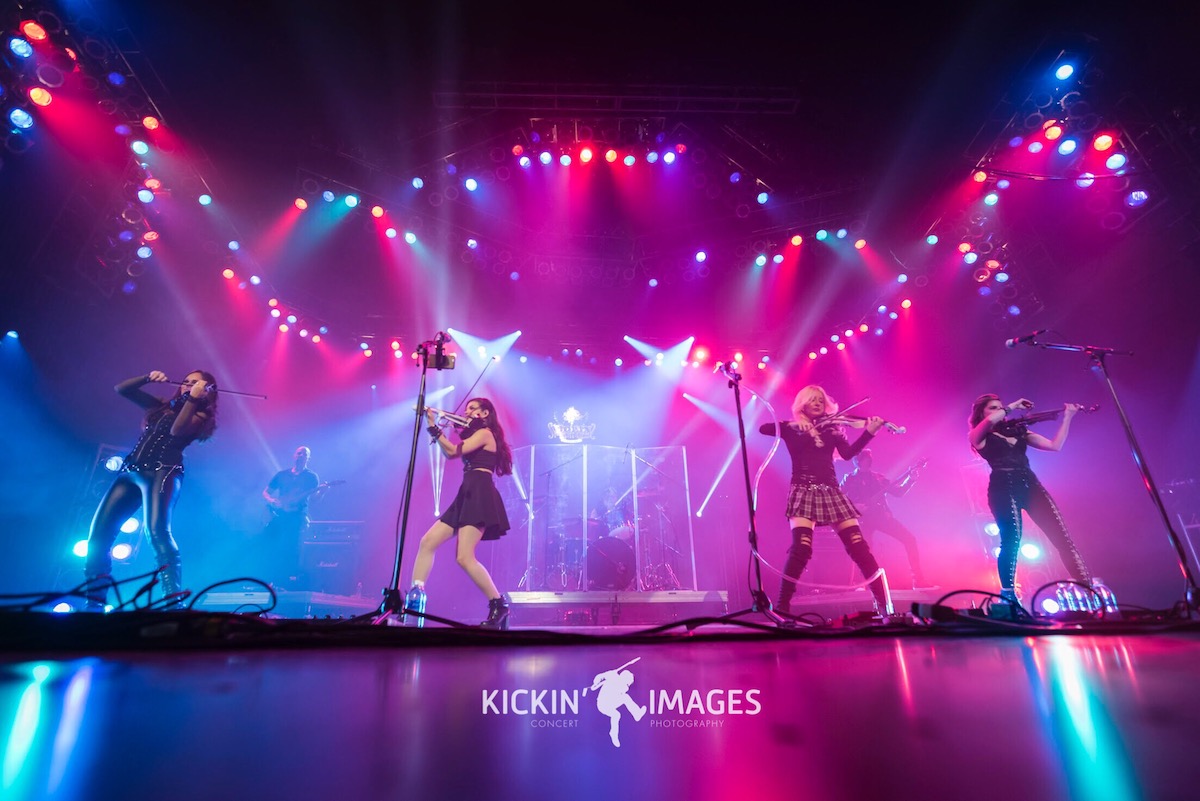 Femmes of Rock perform on electric classical violins Nina DiGregorio always wanted to play rock and roll — but doing that on the violin wasn’t much of an option when she was growing up in upstate New York, she said. Today, however, she’s known as the pioneer of electric rock violin and performs rock covers… Read more » 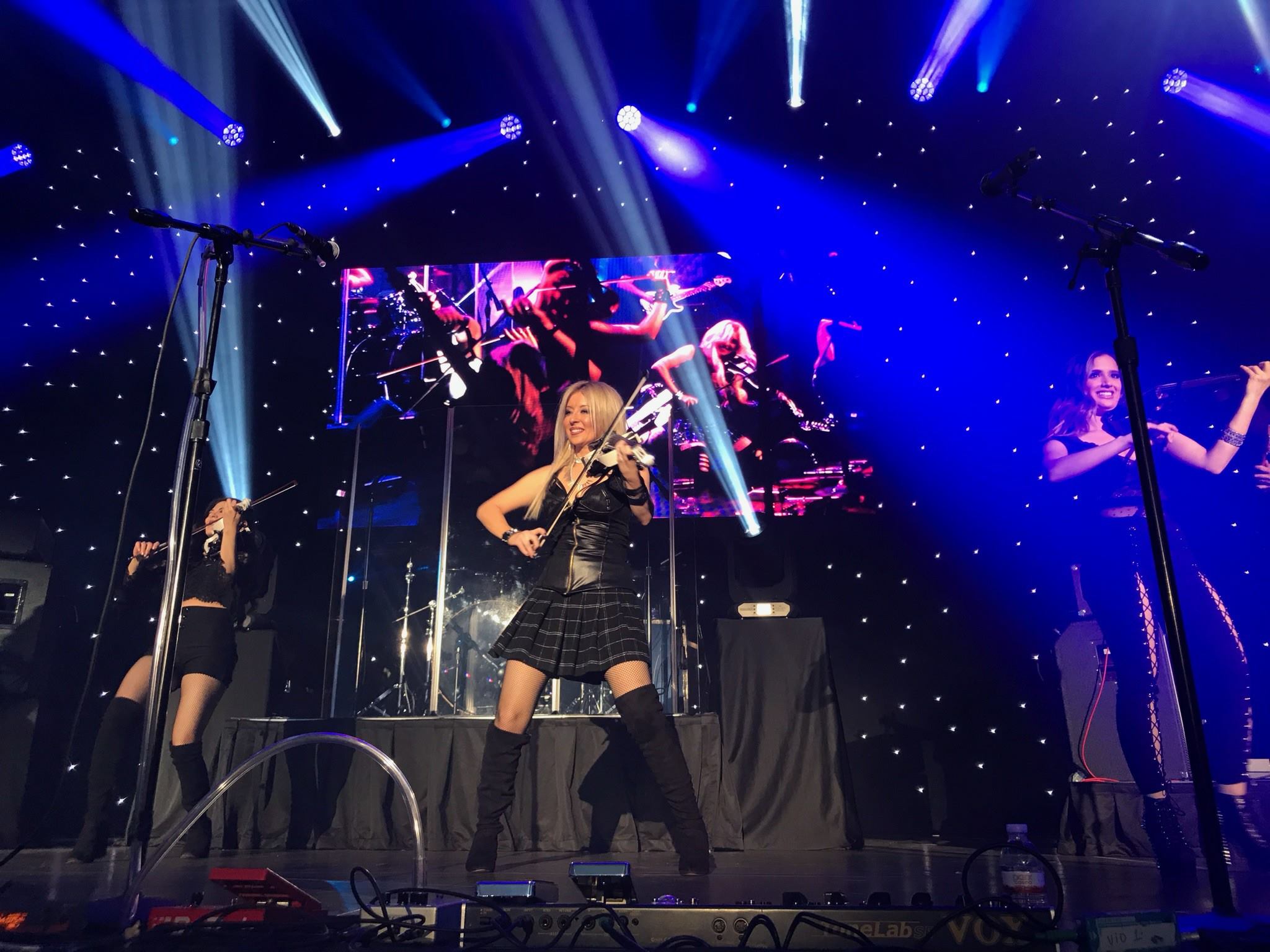 Femmes of Rock released a new EP that contains five songs that span different kinds of rock. Fresh from their show at Parx, the record has been on the market for about a month. “We really ran the spectrum of the types of music that we are capable of covering,” said Nina DiGregorio, founder of… Read more » 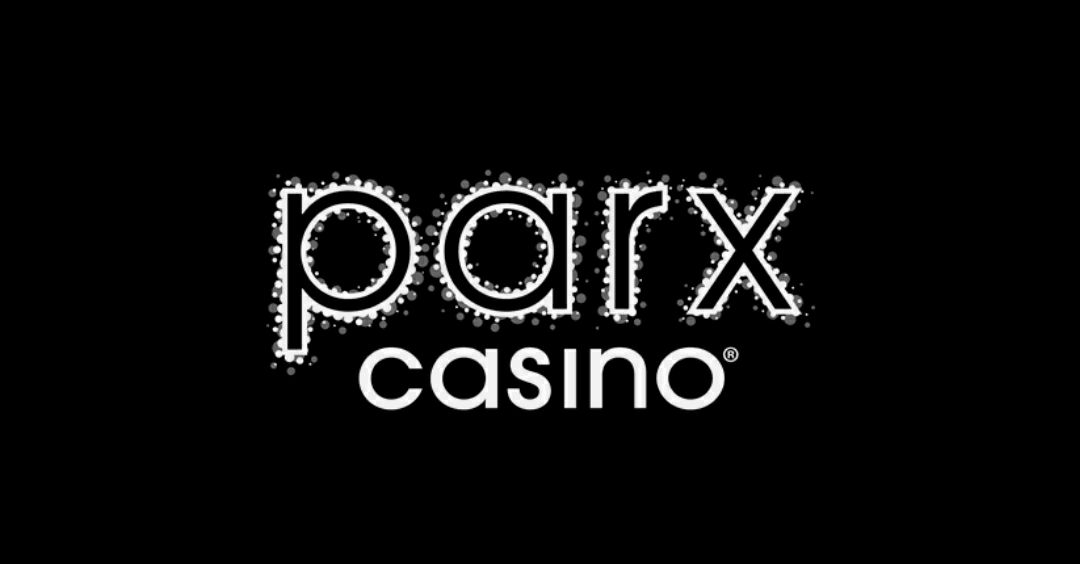 Lots of people don’t win at the casino. However that changed at Parx on March 18, 2018 when Femmes of Rock played at the Xcite Center. During that show, everyone in the audience was a winner. Holy cow. Most people had no idea of what was in store for them when they walked in the… Read more » 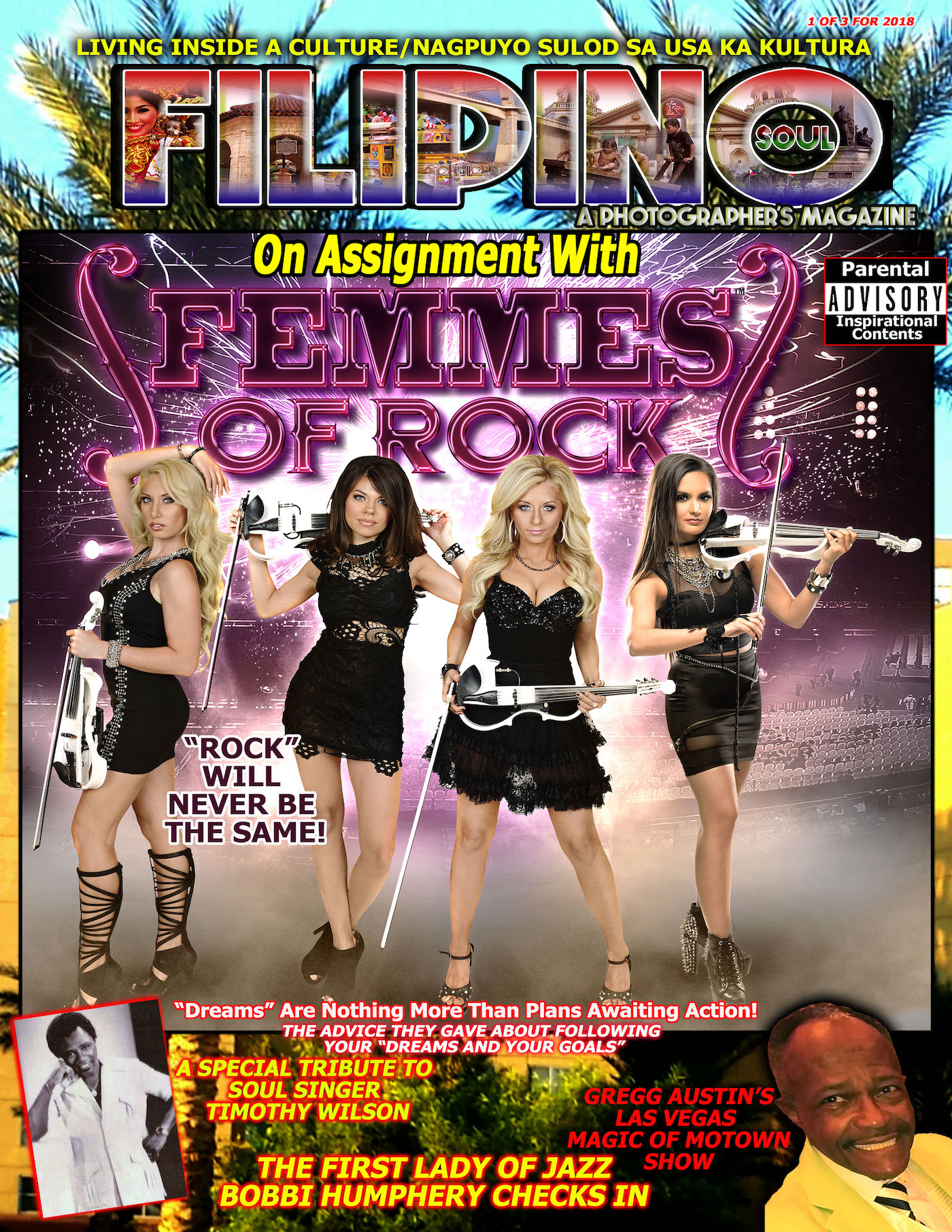 While laying up in at the Grand View Resort in Las Vegas Nevada, last October while distributing the latest issue of Filipino Soul Magazine, in the United States, I got an invite to see a group that was burning up Vegas Strip on Face Book, called: Bella’s Electric Strings, AKA “Femmes of Rock”, I called… Read more » 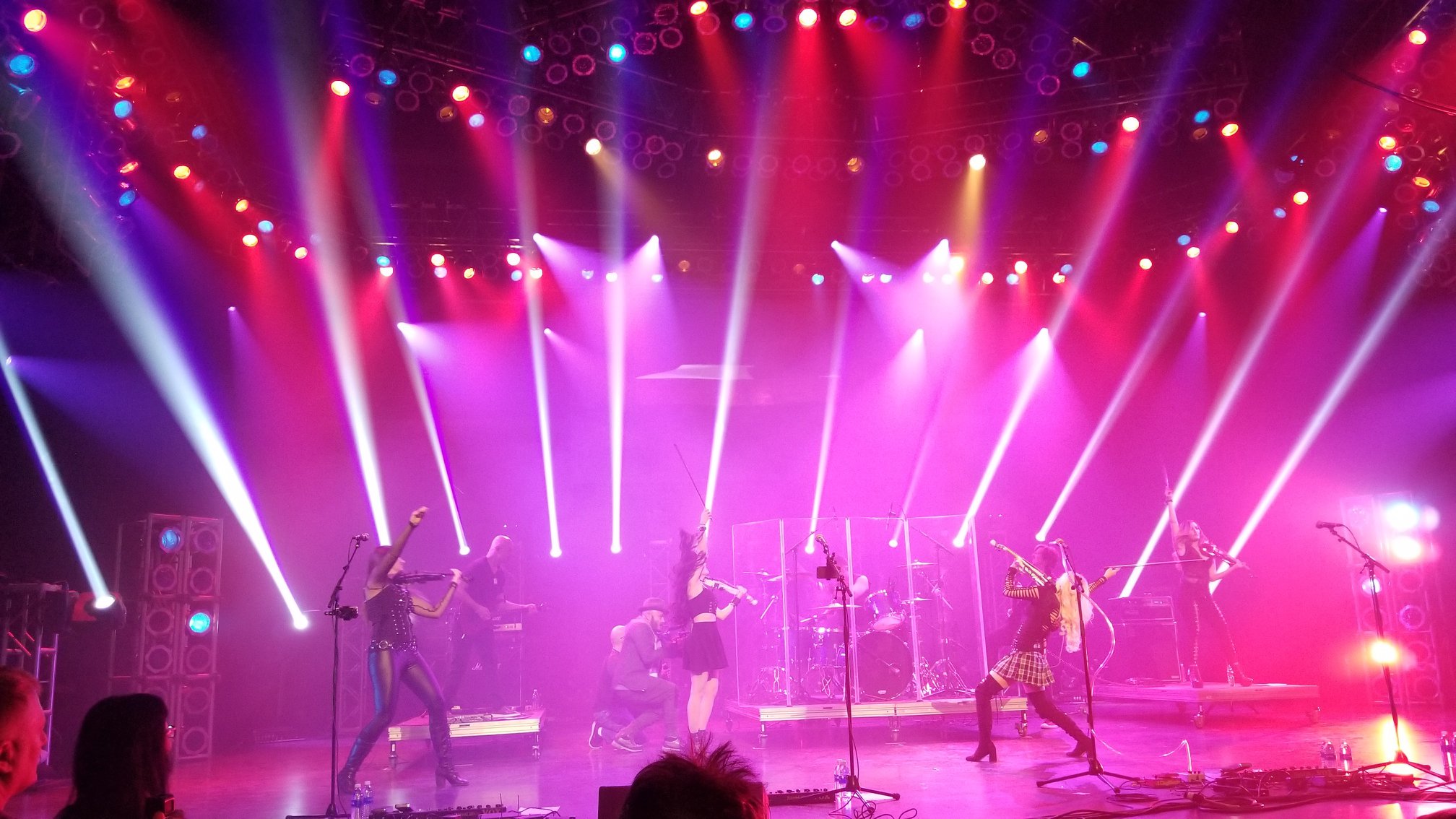 The Stoop Radio Show brings you a very special episode on Thursday February 15th. Do you like classic rock music performed by beautifu and talented musicians? Well we got the best of the best coming at you as we welcome the founder of the female violin band Femmes Of Rock, Nina DiGregorio to our program!… Read more »

Those in attendance at the Weidner Center on January 13th for the Femmes of Rock / Lita Ford concert were treated to an big budget, Las Vegas-style show for the price of what they would have paid to see their favorite bands back in eighties at the Brown County Arena. But here, decades later, things are different: the venue and… Read more » 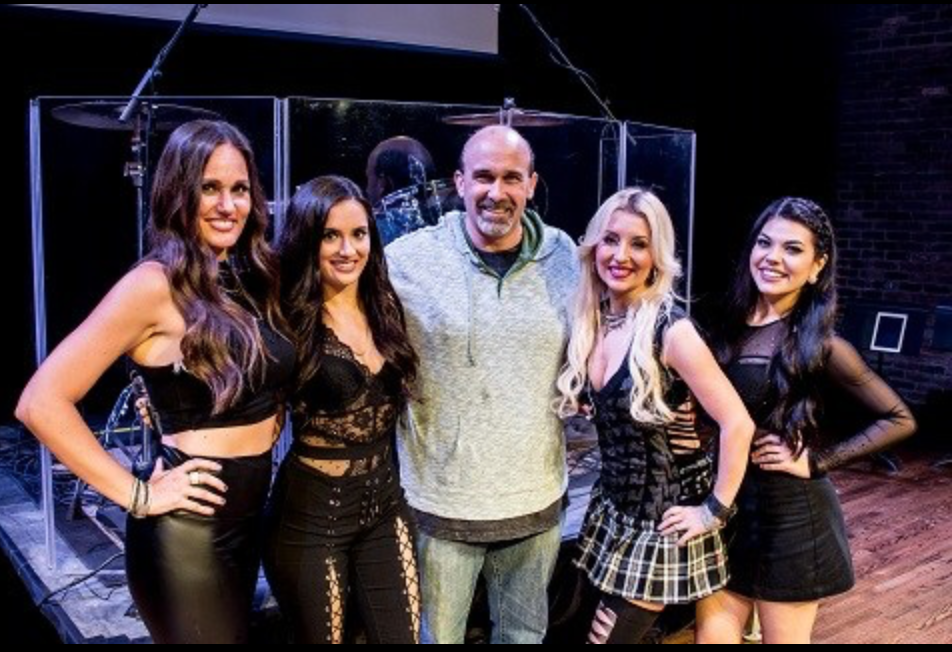 By Todd ‘ToddStar’ Jolicoeur While it is always fun to jump on the phone with a rocker I dig, sometimes an old fashioned sit down interview can be a blast… and that was the case when the Femmes Of Rock – Nina DiGregorio, Christina Rose, Chandra Meibalane, and Carissa Werner – took time out of their busy… Read more » 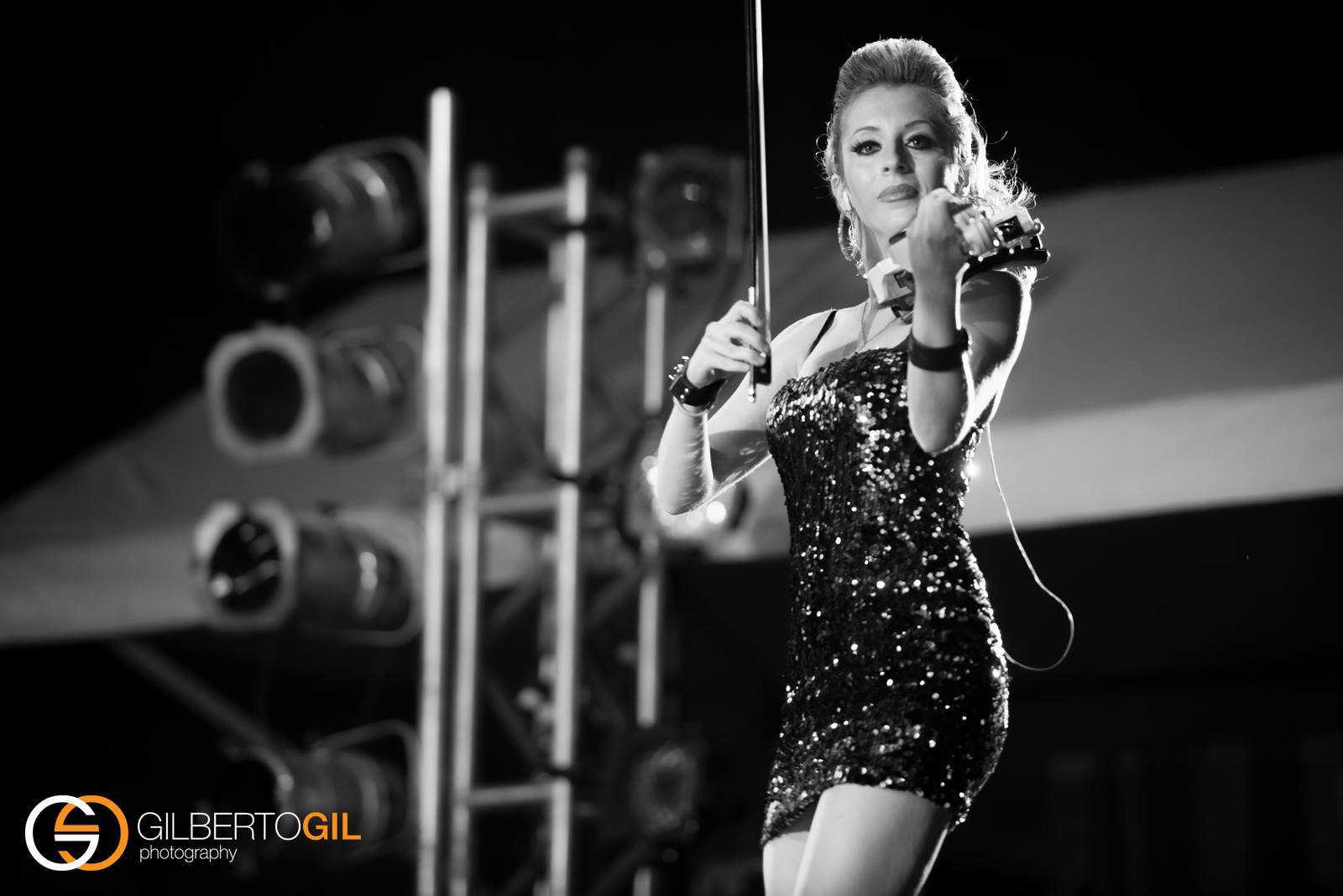 Nina DiGregorio discusses the upcoming Femmes of Rock show at the Lexington Village Theatre on Saturday, November 4th. Listen to the interview with Paul Miller of WPHM-AM1380 at http://www.wphm.net/episode/october-30-nina-digregorio/ Get tickets at http://lexingtonvillagetheatre.com/home/tickets/ #LexingtonVillageTheatre 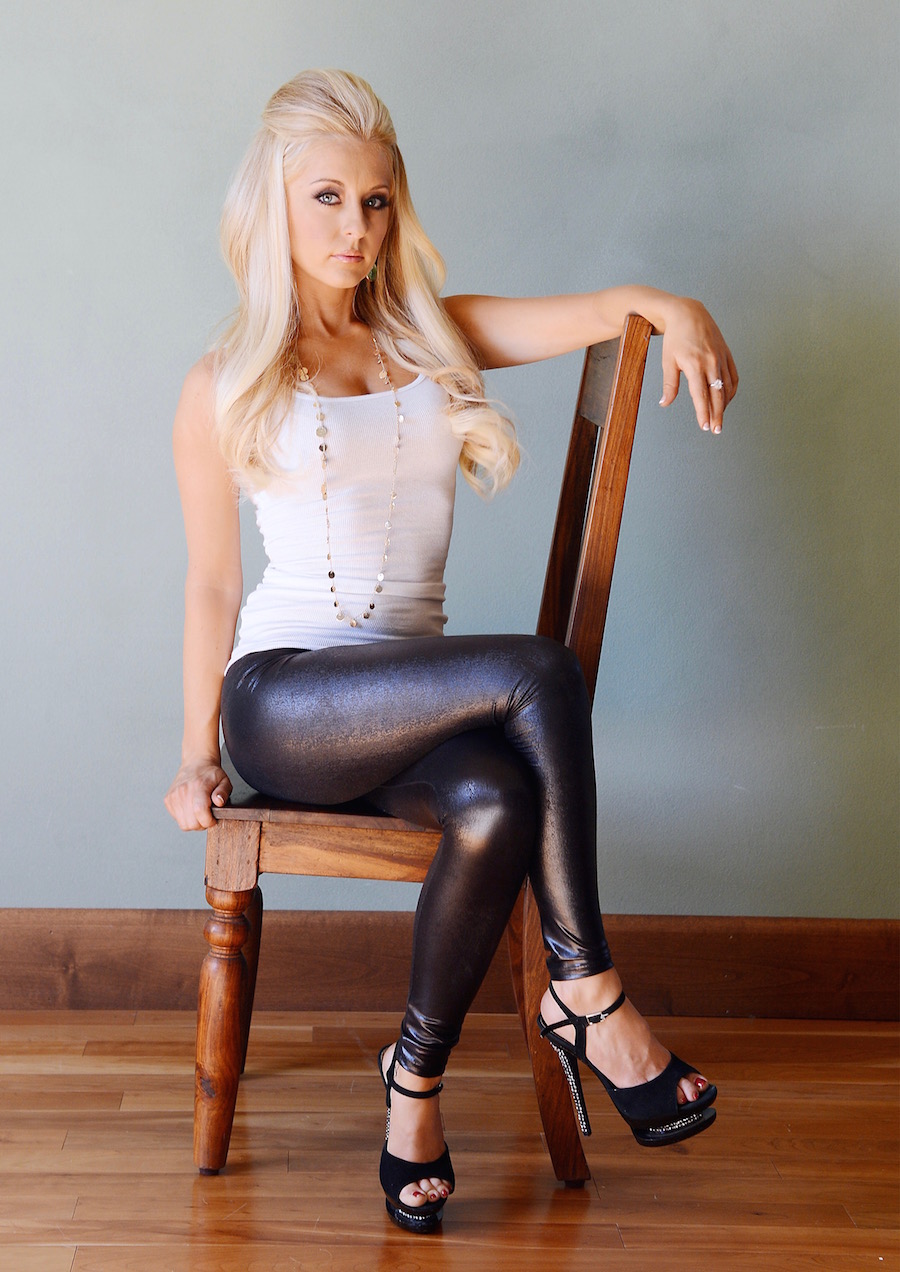 Femmes creator Nina D. talks with the women of Helmets and Heels, the first all-female sports show about the upcoming Femmes of Rock performance December 1 at Thrasher-Horne Center near Jacksonville, Florida.   Check in at the 1:00 mark to hear Nina discuss music, and what it is like being a lifelong Buffalo sports fan.… Read more » 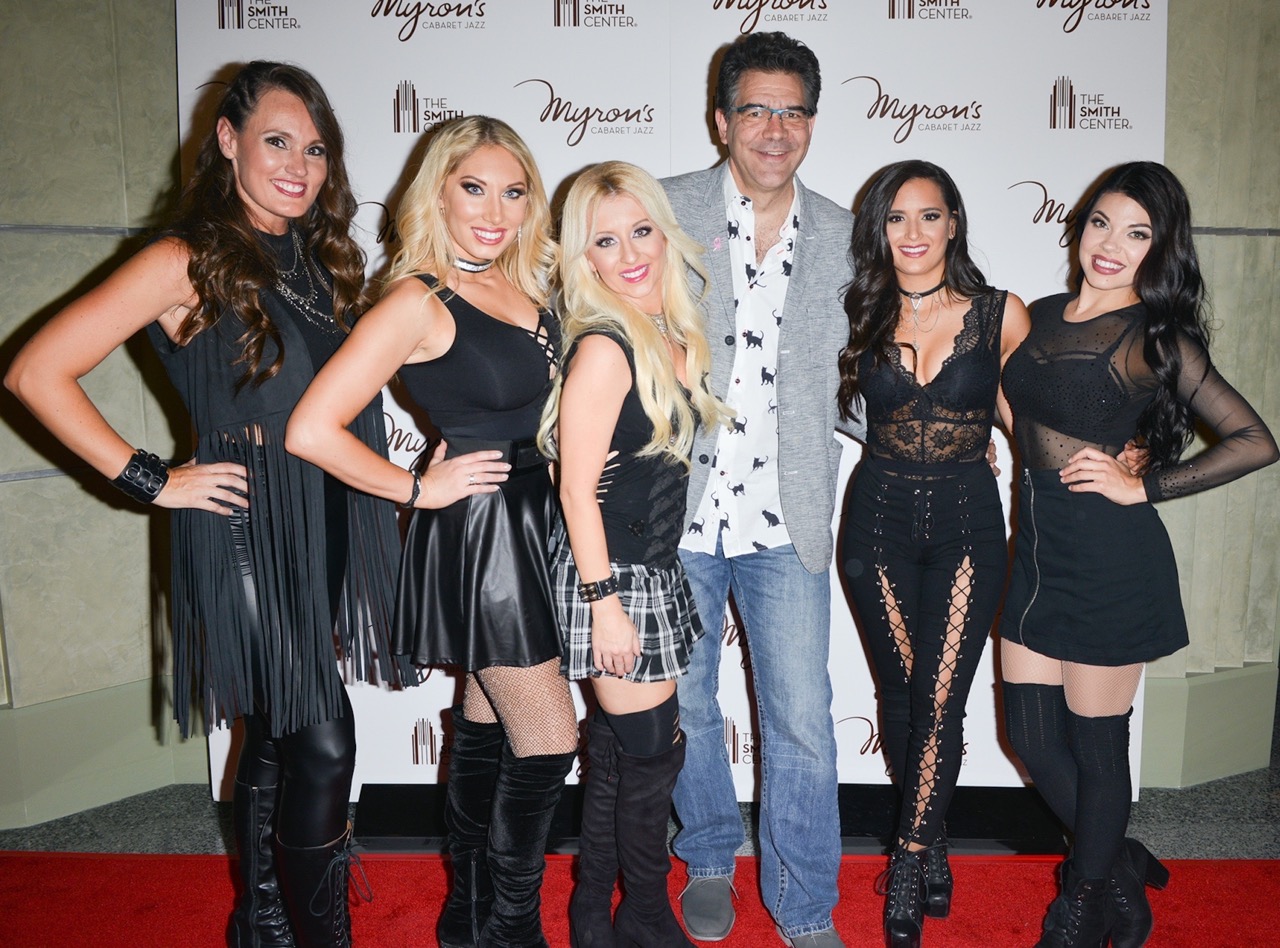