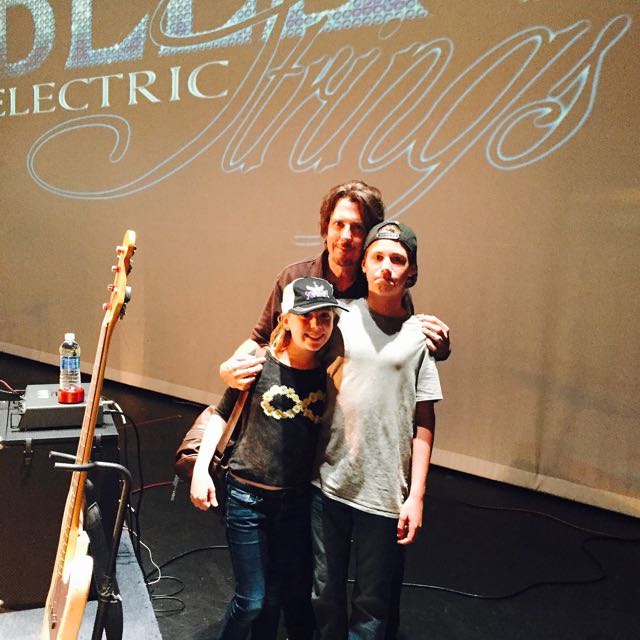 Is this the Real Life? Is this Just Fantasy?

The opening line to Queen’s most recognized opus was running through my mind setting up for the show Saturday afternoon.

Bohemian Rhapsody is the centerpiece of the 70 minute Femmes of Rock show and it’s always a crowd favorite. I took a few minutes to think through what it takes to actually bring this song, in the re-imagined form to an audience that is very attached to the original.

I was pondering all of this because The Femmes were playing in my ‘backyard’ so to speak. New Jersey is where I spent 9 years with Little Steven Van Zandt’s favorite band The Grip Weeds and if anyone knows classic rock, it’s Jersey Rock fans. Plus my family and several friends from New York were coming to the show as well.
No Pressure.

I also brought two of my kids to see what it’s like ‘behind the scenes’ at soundcheck. Oh they experienced ‘tour life’ alright. They scarfed all the cookies and candy bars out of the band’s catering area, including the brown M&Ms and were eager for the “Hurry up and Wait” game to come to an end so they could play my bass, mess with the violins and yell into the microphones.

I just told them to look for all the money and iPhones that fell out of peoples pockets the night before under the seats in the auditorium so I could get set up.

We do “Bohemian” in it’s entirety…with the Femmes starting out singing the opening line,  moving to the string quartet configuration to do the verse, ultimately leading to the raucous Rock section. With synchronized video.

So “How do they do that?”
There’s A LOT of sonic ground to cover.
The Real Life: Thank Edison for Technology.
The stylistic range of music we cover is huge. AC/DC, Led Zeppelin, Jimi Hendrix, Frampton, The Beatles, Michael Jackson, ELO, Rush, The Who, Metallica and on and on and on.

This ain’t no plug and play setup.
One minute the violins are soaring, sweet and lovely, the next they’re shredding molten rock hotness…
Getting the notes right is just the beginning. The band, including me, has to nail the vibe and sound of each track as well.
The bass styles and sonic palette includes the entire range of rock history’s quintessential bassists and their sound. I do have couple thousand gigs under my belt, and have experimented for years on finding the right Amp modelers to bring the parts to their period correct thunderousness, all of it programmed into a two pedals and adjusted based on the set list.
Whew..but there was that time when my youngest found my pedal board (that I left out to save patches I was working on) and was using it for a control panel to play Star Trek with. What a surprise that was.
The day of our show we have two hours to sound check, but there was a Master Class for young string students with the Femmes scheduled as well and along with myriad of technical challenges that happen when you’re using multiple laptop computers and smartphones for personal mixes and iPads and mixing consoles…there’s alot that can and will go wrong.
We call those “glitches”. My kids called it the “Cursing Concerto” and went to search for more cookies.

Is this just Fantasy?
Showtime.
In my mind, Murphy’s Law always applies. And I need to be ready. You can’t blink on stage. The audience is listening, and watching.
We all wear In-Ear-Monitors onstage. Big juicy expensive glorified hearing aids for stage performers.
All sorts of things come into our ears. Music, click tracks, vocal cues, supplemental tracks, stage directions…everything. It’s all synced to video and lighting and everything is exact.
But to my family, my friends and the rock aficionados in the audience, the performance looks seamless.
Truth be told, because it is.
Bohemian Razz comes off without a hitch…and the audience cheers blast right through my ear buds. God I love that.
Everything that we have and need to control allows us to loose ourselves in the music. There are moments when I can’t believe I get to do what I do with people I really love at this musical level, and share it with an audience that feels the same way at the end of the night.
That day after the show. I took my son to see Queen with Adam Lambert.
The staging, lighting, hydraulics, videos, supplemental tracks, lasers. It was mind boggling.
And when they started the song…..
Is this the Real Life…is this just Fantasy?
I smiled to myself knowing it’s both.
Share on